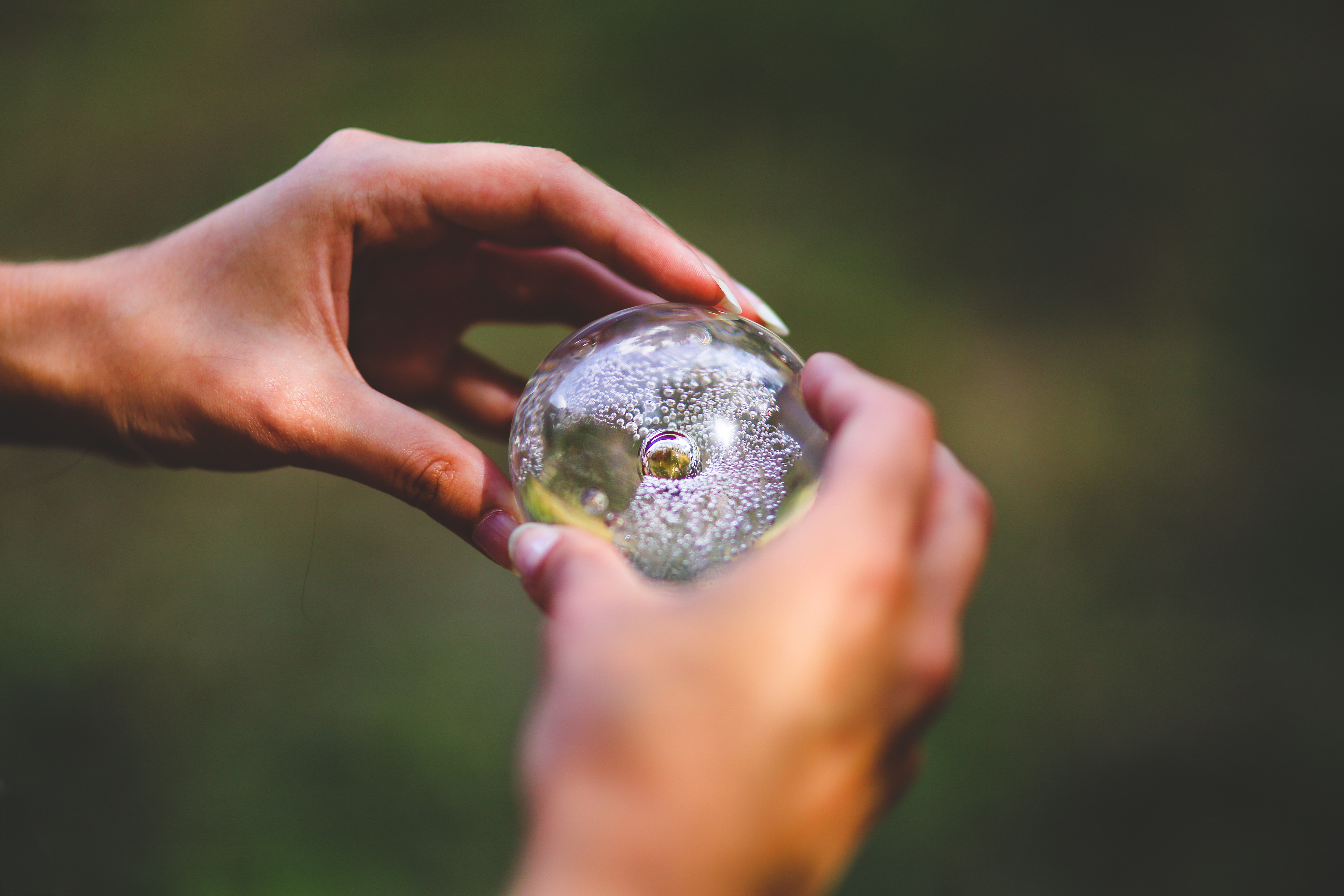 The woman didn’t look like a monster. She wasn’t beautiful, but she wasn’t ugly either. She could blend in with the crowd. But she had a terrible secret.

A locked walk-in closet behind a locked bedroom door guarded her most precious possessions, her collection. She had a complete set, the older sister and younger brother and youngest sister. Each of them was preserved in a separate orb, frozen in time. Rows and rows of orbs lined the closet, but the siblings were her special pets. Late at night, she’d descend into her memories fresh as the day she made them. The nostalgia ate her heart until the pain overwhelmed her, leaving a shell. When it got really bad, she’d barricade herself in the closet to live inside her orbs.

On her last night, she had a particularly rough spell. She’d been in the orb room for a few days, not eating or sleeping. She’d begun having full conversations with the souls in her orbs, surrounding herself with her prized collection. Inside the older sister’s orb, a beautiful girl splashed around in a swimming pool, merging with the water in a way that incited jealous in the woman. She couldn’t keep up with the older sister. The older sister had abandoned her, dismissed her as a child. For a few years, the woman had been able to trick herself into believing that the older sister missed her too. But time is cruel to memory; people move on.

Inside the brother’s orb, a boy with shaggy, blonde hair shoved chips into his mouth, staining his fingers orange. In the orb he was untouched by future trouble. The woman could pretend she had protected him. What a shame that the carefree boy was replaced by a troubled man.

Inside the younger sister’s orb, a small girl danced around, always smiling. She seemed to embody sunshine and purity, everything that the woman lacked. The woman pulled the younger sister’s orb close, holding it tighter as if to melt into it. A luminous glow shone out of the orb, making the younger sister more vivid. The ache in the woman’s heart deepened. She poured her pain into the orb, squeezing it harder. When she could finally breathe again, she set the orb down beside the others. But the youngest sister looked pale. The golden hue was disappearing from her hair. Her smile faltered. Her light dimmed.

The woman snatched up the orb, unsure of how to fix it. Rubbing the glass, she tried to inject it with happier thoughts, but panic was controlling her mind. She was losing her friend all over again. Again, she was powerless. The girl in the orb collapsed, her eyes closing.

The woman threw the orb against the far wall in the desperate hope that this would free her. But when the orb shattered, nothing fell out. It was just glass. All of the orbs were just glass.

I never thought I'd enjoy reading a book on my phone, but something about having it everywhere and not having to worry about dropping food on the pages makes me happy. #books #amreading #LordoftheFlies
h J R
@wedbushwrite